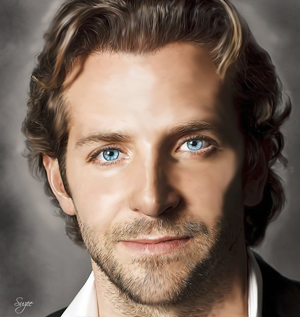 Physical Description of Persona:
At 6'1" Demir is taller than the average Pernese but not massively so. His work keeps him athletically toned and he hasn't an ounce of fat on his body. His hair is light brown that picks up glints of gold in the sunlight. His eyes are light blue and his chin rather pointed. He has a charming smile and very straight teeth. His skin tone is light but he tans easily and with all his work outside, can be quite a bit darker during the summers

Emotional Description of Persona:
As a child, Demir was happy but his normally sunny disposition turned more serious and introspective after the death of his wife. His focused and driven nature came to the forefront and has never left. While he does smile and joke with his brothers and sister on occasion it never really reaches his eyes.

His natural reserve can sometimes be misinterpreted as arrogance. Though he can be charming at need there are sometimes hidden barbs in his dealings with others. He can be dryly humorous, often with a touch of irony. Okay, sometimes its really just plain sarcasm.

History of Persona:
Demir was the second child of four born to Koldelo and his first wife Mireda at Hidden Meadows Hold. His father being the heir of the Holder at the time. When he was ten turns his mother died in childbirth of her fourth child. His father remarried and began to produce more children as all of the good people of the time needed to do. When Demir had gained the appropriate age he expressed his interest in beastcrafting and was sent to Amber Hills Hold to foster and apprentice with the crafters there.

He made friends at Amber Hills. Amongst them members of the Lord Holders family. At the age of 19 he met and married Nafisa a young woman who had gone to the Weyr but not Impressed and returned to the Hold and her family. She was two Turns his senior but it was love at first sight for them both. Despite his fathers objections, they had two happy summers together then the joy of their first child on the way. But firehead took her from him along with his unborn child.

He returned to Hidden Meadows in an effort to get away from everything that constantly reminded him of her. From that time he worked diligently managing both the farms and beasts for his father. He resisted all attempts of his father or sister to arrange another marriage.

That is until he met Rethisa. But then his father passed and left him in charge of the hold. His elder brother didn't wish to manage the Hold but continue in his craft as a tanner.

Dart, Green Firelizard: aged 18, hatched m6 d21
Next Mating Flight: m13 d19
Flighty and easily flustered, Dart is a green through and through. When she isn't sleeping on her pillow in Demir's quarters, she's fishing or flirting with any wild or domesticated male she can find. She can reliably deliver messages when properly motivated but may sometimes forget why she came and have to be coaxed with treats to offer her leg.

Sometimes she shares too many pictures at once like a child grabbing for a parent's attention. She likes to ride on her person's shoulder at times.