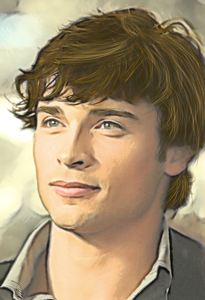 Physical Description of Persona:
Tanom has a rather muscular build, perhaps built from his many turns of chopping wood and hard work. His hair, a bit of a dirty brown is often worn just a bit long around the ears. Hes often got a scruffy appearance as well, not putting shaving and style on the top of his agenda. Tanom actually likes the little stubble that graces his face. His eyes are a deep hazel-green. T'nom stands a decent 5'10" in height.

Emotional Description of Persona:
Tanom has worked hard most of his life and therefore is a rather diligent worker when the time comes. Hes got a bit of a tough-outer exterior and doesnt make friends easily for hes more inclined to keep his own confidences. Once that tough outer shell is cracked, however, people find that Tanom is a gentle, compassionate soul who cares greatly about the people hes let into his life.

He knows his field well and displays an aura of confidence when working with what he knows. However, if pressed for something that is not in his comfort zone, Tanom will _not_ admit it, not wishing to appear weak or unuseful. Hes more likely to accept the challenge and push himself to learn or do whatever the task at hand might be. This has led to a rather competitive streak among he and many others in the past, for Tanom finds it hard not to accept a challenge and succeed at it, no matter the cost.

History of Persona:
Born in a small hold not far from Dolphin Cove Weyr, Tanom had a good life up until his tenth summer. When his father passed, and his mother remarried, he found himself at the mercy of a rather arrogant and unfriendly step-father.

Tanom could not wait to get away and quickly apprenticed to a local woodsmith who was willing to take him on. The man had to break some of the walls that Tanom had put around himself to protect himself from his nasty step-father. Tanom, however, was a hardworker and learned his craft well.

With the start of the pass, however, much of the wood supply he and his teacher were using was damaged or destroyed. Tanom had loved the art of carving intricate pieces when he was beginning his training, but with the more diminished supplies and the possibility that more wood could be lost as the pass continues, hes turned his attentions to a more practical use of his skills, furniture building and assembly. He had high hopes to make Master someday and continue crafting the unique furniture that he was developing.

However, when the dragons appeared overhead one morning nearly four turns ago, Tanom could not resist his duty to Pern. Having been searched, he soon moved to the Weyr. However, life did not turn out nearly the way he had expected. Having stood the sands for many hatchings, Tanom was not chosen. His competitive desire made him wish to show he _was_ in fact worthy. Yet, instead of lashing out, he threw himself into his craft and soon advanced to journeyman rank. With wood supplies much smaller at the Weyr, Tanom spent more time focused on his carving skills than his furniture creation.

While he has enjoyed the life at the Weyr, Tanom has vowed that if he does not Impress, he will not remain, for he would only feel like a failure. As his final chances for Impression loom, hes begun to contemplate what his life would be like outside the Weyr.

Finally, after four turns of waiting and nearly giving up his dream of becoming a dragonrider, Tanom became T'nom during one of his last chances to Stand.

T'nom found himself getting close to a fellow rider, Pierka. He was very surprised when the greenrider revealed she was carrying his child.

Then, T'nom won Meledei and Elleth's Flight and revealed his long harbored feelings for the goldrider. The two embarked on a rocky relationship that drove a wedge between he and Pierka during her pregnancy.

When he later won Pierka's Flight, Meledei accused him of cheating and he soon split with her.

All that was soon forgotten when he held his son in his arms for the first time. Kazom bought a newfound joy into T'nom's life.

After a few turns away to Dragonsfall, T'nom is back at Dolphin Cove. The time away helped T'nom clear his head and focus on his true passion, becoming the best rider he could be. His ambitious are stronger than ever and he looks towards positions of leadership and hopes one day to have his turn as Weyrleader.

Dragon's Name: Taldeth
Dragon's Age: 6
Dragon's Colour: Bronze
Description of Dragon:
Taldeth has a sense of fun and adventure mixed in with his deep sense of duty and loyalty. He enjoys his time with any dragon and has a very playful side to him.

He, like his rider, however, does have a desire at times to 'prove' himself.

Through countless fights with Thread, Taldeth knows his strength and power. He believes, like his rider, that they are destined to be great in all they do.