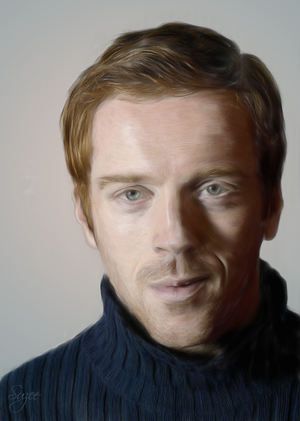 Physical Description of Persona:
N'klar is 6'2", with the muscular build common to dragonriders. His hair is dark red and kept very short to control its tendancy to curl. His eyes are a light shade of blue-grey, making it hard for most to decide which of the two colors to call them. His complexion is almost ruddy from turns in wind and sun between his craft and Julerith, never actually tanning but finally reaching a stage where his original paleness no longer sunburns as quickly.

Emotional Description of Persona:
He tends to be talkative when in the mood to socialize, and quite cheerful even when preferring his own company or Julerith's. He tends to avoid anything long-term in a relationship, whether with a male or female lover, preferring not to be 'tied down' to any one person. He is happiest when helping someone, a legacy of a childhood spent caring for his younger sister

History of Persona:
Niklar was born to a moderately wealthy minor holder beholden to Igen Hold(tm), the second son among six children. He was assigned to look after his sister early in his life once it was determined that Kityane had something disturbingly wrong with her legs, while his older brother was groomed to take over the hold from their father. While all the brothers learned to help their sister with the exercises to strengthen her legs, it was most often Niklar who helped her and cheered her on. He apprenticed at thirteen, only after repeated assurances that the next younger brother wouldn't let Kit backslide now that she was walking with the help of braces and a crutch.

He walked the tables to journeyman at eighteen, specializing more in fruit wines and liquors than the grape wines, which earned him a post at River Bluff Weyrhold. He'd been at the Weyrhold for a month when he was Searched and stood at the next clutch, where his gaze met Julerith's and his entire life changed. He expected his family to disown him for Impressing blue, and was very pleasantly surprised to find his father'd suspected all along and was accepting of the reality of it. Unfortunately, the combination of his own craft and Julerith plus his sister Kityane's own apprenticeship to the weavercraft caused the siblings more distance than N'klar liked. When the opportunity to transfer, however belatedly, to Dragonsfall Weyr came up, he took it, realizing that Thread or no Thread, he'd at least be near Kityane again and revive the childhood friendship that had drifted into little more than letters in recent turns.

Calm natured and curious, he was often the thought behind pranks when the pair were weyrlings, not out of any mischieviousness, but because he wondered what would happen and his rider could usually not resist showing him. As N'klar got older, he found other ways to satisfy his lifemate's curiousity, but the blue often 'eavesdrops' on his lifemate's activities in all realms of life.