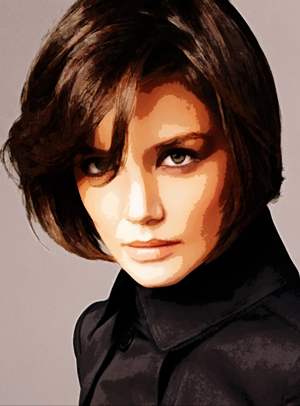 Physical Description of Persona:
Jeyme has a timeless, elegant look that many say she inherited from her mother. At one point she had a thick head of long, amber-brown hair that she keeps twisted up into a loose bun, allowing the escaping tendrils to grace her neck. Once she moved to the Weyr, however, she sheered off the long locks to chin length in a gesture of defiance to her former Hold values.

Inquisitive green eyes are set beneath a pair of finely arched eyebrows, and over a pert nose. Jeyme has full lips and an easy smile that reveals a flash of white teeth.

Tall and willowy, Jeyme has a trim waistline and a generous swell at the bust, enough to tempt any man.

Emotional Description of Persona:
Jeyme is well educated, mostly because her father hoped to place an intelligent daughter into a suitable marriage where he could reap the benefits of a strong connection. Having always been interested in the arts, Jeyme loves to dance and enjoys hearing the harpers perform. Although Jeyme's mother taught her all of the proper etiquette of a lady, Jeyme never quite felt as though she fit in with the other Hold women. There has always been a spirit of defiance and strength hidden behind her delicate manners.

While most think Jeyme quiet upon first meeting her, they'll soon learn that Jeyme can think for herself and is often times stubborn when she feels strongly about a situation. It's this independence and free-spiritedness that her father blamed for her lack of husband. But it is also what spurred her to accept the dragonrider's invitation to go to the Weyr upon being Searched.

History of Persona:
Jeyme was born the fourth child of her mother and father, both of whom were minor Holders. Although Jeyme's family comes from a good, strong bloodline, Jeyme's father was the youngest son in a brood and stepped into the leadership role when his Uncle passed away with no surviving heirs. Being the only girl in her family, Jeyme has always been raised with the pressure of knowing that her father needed her to make him profitable by securing a good marriage.

It was for this cause that Jeyme was sent to live at Emerald Falls Hold when she turned nineteen. Deemed a spinster by her father, Jeyme was sent away in the hopes of being seen by a man of stature at the Hold. Marriage, however, was simply not in the books for dear Jeyme. While at Emerald Falls she was Searched and taken to Dolphin Cove Weyr just a mere two days before the Hatching was to take place. In a whirlwind, Jeyme found herself Impressed to a green dragonet by the name of Quinneth.

Weyrlinghood opened a new gate inside of Jeyme, which she had previously kept hidden to those who knew her at the Hold. When her parents disowned her over the Impression of her green dragon, Jeyme cut off her long, elegant hair in favor of a shorter hairstyle more favorable among dragonriders. And then she met Wingleader D'hol.

At first Jeyme dreaded meeting the man, after all, his reputation had spread quite quickly around the Weyr, but upon first meeting the bronzerider an instant chemistry between them began. Although things were kept platonic in the beginning, as soon as Jeyme became a Senior Weyrling she found herself gracing D'hol's bed more and more often. When she turned up pregnant she moved in, at D'hol's invitation, but lost the baby just two sevendays later. Although she was sure that she would be asked to leave his weyr, Jeyme was surprised when the man asked her to stay, this time not as the mother of his child, but as his weyrmate.

Jeyme had one son with D'hol, named Dheymin, but the pair split when Jeyme found out D'hol had slept with goldrider Kapera. Jeyme left Dolphin Cove for a while and lived at Far Island, where she had a daughter from a flight, named Ayeme. The greenrider returned to Dolphin Cove as a Wingthird. A Turn or so after her return, Jeyme was offered a Wingthird position at Barrier Lake, and seeing the opportunity to keep Dheymin near his father there, she took it.

Dragon's Name: Quinneth
Dragon's Age: 8
Dragon's Colour: Green
Description of Dragon:
Quinneth is a soft spoken, quizzical green. She is slightly smaller than average, but sleek and graceful in every movement that she makes. Fairly submissive in nature, Quinneth often remains quiet and unobserved in the background.