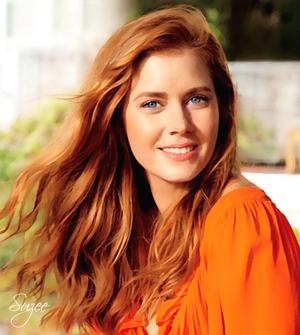 Physical Description of Persona:
Timassa is a svelte redhead with blue eyes in a round face. She is curvy and uses her curves to gain attention when she wants it. She keeps her hair long but only lets it down from a braided runnertail occasionally. She has full lips and is blessed with straight teeth. She has so far, avoided threadscore but did once break her arm with a resulting scar. She is light skinned but luckily for her coloration she tans instead of burning.

Emotional Description of Persona:
Active and lively Timasssa is everything a greenrider should be. She is both open and friendly and treats her relationships with others without strings. She doesnt like messy attachments, theyve backfired on her in the past. As superficial as this might seem, she does form deep attachments that last for many turns. Her ire though is something terrible once aroused. It flashes like fire over everyone around her but can be doused equally quickly with no residual resentment. (on her part.)

There are times when Timassa is plagued with nightmares from events earlier in her life. But on the whole she is stable and humorous.

History of Persona:
Timassa is a twin. The older one, of course, by six minutes. She and her sister Ocktima were born to a lower caverns worker at Far Island Weyr. Their father was a bronzerider and one time Weyrleader. Their childhood was a happy one.

The twins as they grew were extremely close, each finishing the other's sentences and sometimes thoughts. They even had a bit of their own language that no one but they could understand. If one got hurt, the other felt it. Timassa was normally the dominant one, seeking adventure and leading her sister into trouble from time to time. While Ocktima wore her heart on her sleeve and was more temperamental. There were times when they confused the people around them on purpose, swapped places without warning.

Until they both Impressed at the same hatching. Then their paths began to diverge. The introduction of green dragon sisters into the midst of their relationship pulled them unexpectedly apart. Both of them had found a love greater than theyd ever imagined. They still remained close as they trained, grew, and graduated together.

Dragon's Name: Saryolth
Dragon's Age: 24
Dragon's Colour: Green
Next Mating Flight: m13 d3
Description of Dragon:
Saryolth has always been playful even as a weyrling she would chase her tail and sometimes beasts just to see them run away. Time after time her rider has had to scold her for this behavior but it doesnt stick for long.

Saryolth is a deep emerald green except for some scars along her flanks from a threading many turns in the past. She is very focused and acrobatic in the air when fighting Thread.